JavaScript must be enabled to view this page's content. 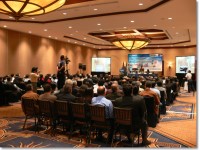 Taiwanese Ambassador to Guatemala Francisco Ou and Carolina Roca, chief of the Superintendencia de Administración Tributaria (SAT) both delivered speeches at the event, with Roca expressing thanks for the support of the Taiwan government. Two customs officials that have been trained in Taiwan for international PKI explained why the Customs needs to design in Taiwan’s e-government PKI system and demonstrated the on-line operation of the CA from Chunghwa Telecom introduced by Ares. The demonstration was received with much enthusiasm. 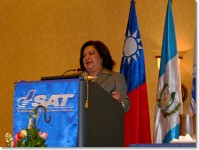 In January 17, 2007, Ares used the system in assisting the Guatemala government in promoting electronic operations to improve the efficiency and transparency of the operations of its customs while reducing its digital gap from international standards. In two weeks, the information security consultant from Ares helped the Guatemalan customs declaration in introducing the total solution that combines Ares uPKI electronic signature with Validation Authority, completing related on-line electronic customs declaration operations to effectively prevent smuggling and fake declaration from happening.

The agreement signed by both governments opens up a new page for the diplomatic history of Taiwan. The uPKI Validation Authority technology by Ares is the first of its kind to be developed and offered by private software enterprise to reduce the international digital gap and assist the government in successfully begin information security digital diplomatic tie. 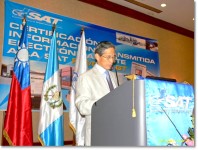 The Taiwan government PKI infrastructure plan started from 1997 and the Electronic Signature Act was launched in April 1, 2002. Currently, the major application areas of Taiwan’s PKI have expanded from government and finance to enterprise customers. With the aggressive promotion of PKI Interoperability Management and Promotion Program under the Department of Commerce, Taiwan’s Ministry of Economic Affairs (MOEA), the results have expanded from “domestic inter-environment establishment” and “PKI application promotion” to “international PKI cooperation” and “promotion of PKI application and industry development”. 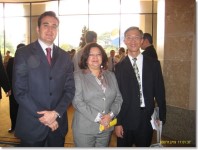 In the integration project, the Guatemala Customs will authorize local customs declaration companies in using Ares uPKI security control component in undergoing the electronic signature process of customs declaration reports. Meanwhile, Ares uPKI Validation Authority is established within the customs to verify the validation of electronic signature from the customs declaration form. With the Ares uPKI VA mechanism, not only can the user’s identity be verified, but the data can be accurate. In addition, through the electronic encoding/decoding module of uPKI security control component, confidential data can be prevented from being opened by unauthorized personnel or group, so the confidential data of National Tax Administration (NTA) can be secured.

Note: Ares International Corp. specializes in product R&D and system integration. Its high-quality information service has been widely recognized for years. Ares is the first company in Taiwan to launch VA server and is a key company among foreign information security technology exchanges. Ares uPKI is the largest-scale product and has the most government institutions users in Taiwan.

The Republic of Guatemala is a country in Central America bordered by Mexico to the northwest, Belize, the Caribbean Sea and Honduras to the northeast, and El Salvador to the southeast, the Pacific Ocean to the southwest. Its official language is Spanish and major religion is Catholicism. The economical growth rate of Guatemala, the most populous nation in Central America, was 3.2% in 2006. It is also one of the leaders of political and economic affairs in Latin America.